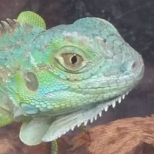 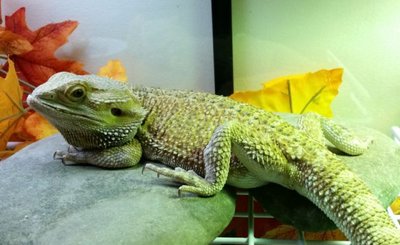 He and I are so very different. Not because he's a quarter pound beady-eyed lizard. No, it's something beyond species or appearances. It's all about attitude. Max believes in himself.

No hesitation, no indecision, no second guessing. He's not worried about getting fat, that he sleeps too late, that the worms cost too much, that maybe they have feelings, or even that he shouldn't poop in his salad dish.

He stands equal in his own eyes to all other beings, even those worm-dispensing giants. He doesn’t compare himself to them and come up wanting. He is not inadequate or undeserving. He doesn’t worry about his qualifications, his abilities, his worthiness, how he looks, what others think.

There's no baggage, shame or embarrassment in that lizard. He encounters life freely. And does exactly what he wants to.

In contrast, I have spent most of my life doing things I hated. Staying with jobs and relationships where I was miserable. Not for lack of choice, but because I felt obligated. Since I was unworthy of anything better. It was like I lived in a glass box made of invisible rules, where I could see the real world, but couldn't interact with it.

Max, on the other hand, actually lives in a glass box. But in many ways he's freer than me. That's becuase his main concern is taking care of Max. He doesn't see himself as flawed or unworthy. In fact he seems to think he's the center of the universe. His happiness is the most important thing in the world.

Compared to Max, I am a ghost. I’m shadowed by an invisible cloud made of thoughts, ideas, beliefs, assumptions. I don’t deal with life directly – the cloud is in the way and sometimes I mistake the cloud for Life.

Max is a pint-sized motivational coach. Maybe I should be asking myself, what would Max do?